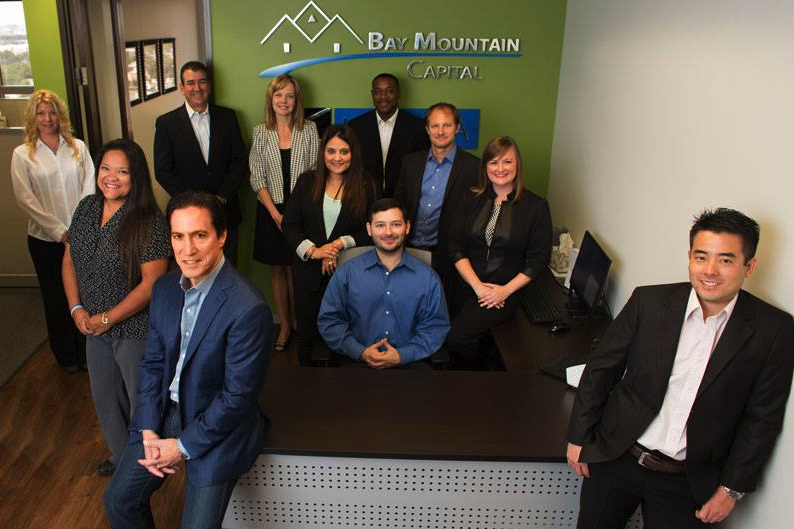 10 years of Bay Mountain Capital: celebrate our anniversary! In recognition of this milestone, BMC would like to share its history and recognize the integral people that have contributed to its success.

Bay Mountain Capital was formed in response to the housing crisis and ensuing credit crunch that began in 2007. Banks had withdrawn from the markets they previously served and real estate investors were in dire need of capital. BMC recognized this need and began to offer financing so that borrowers could take advantage of the tremendous opportunities that existed.

The original team consisted of Dean Lontos, Wayne Corley and Pam O’Bar. The company grew significantly from 2009 to 2012, focusing most of its efforts on single-family home investments. Over the first few years, BMC loaned over $100 million for the purpose of restoring distressed single-family properties that were subsequently rented or sold. The improvements made to these properties helped to stabilize neighborhoods and provided quality housing to families throughout the Texas markets that the company served.

Bringing in talented high achievers has been a key part of Bay Mountain Capital’s success.  During its early years, Angie Arrington and Rachel Jones joined BMC, helping to manage the company’s growing business. Soon after, Phil Sanchez, Daniel Rojas and Bryce Yamauchi came on board to help position the company for further growth.

The company pivoted significantly in 2014 from both a capital structure and a lending standpoint.  In April of that year, BMC launched Bay Mountain Fund I, an open-ended mortgage pool fund. This structure provided its existing and new investors with a more efficient means of investing with BMC, giving them a safe means to invest in a diverse pool of borrowers, markets and collateral types.  Through the end of 2017, the BMC staff is proud that its fund members have enjoyed an annualized return of 11.2% on their invested capital.

Also during 2014, in response to the changing market, the company expanded its lending to more commercial borrowers and also expanded its footprint to more lending markets.  Yamauchi, who is responsible for originating commercial loans for BMC said, “We see more opportunities on the commercial side as many borrowers face an uphill battle securing traditional bank loans for credit and property condition reasons. Our future growth will be a function of our ability to find and service these borrowers with loan terms that are both competitive and flexible.”

Since its launch 10 years ago, BMC has expanded its lending areas to include Houston, Austin and San Antonio, as well as smaller markets in Texas. As the company’s locations expanded, so did the staff. Sandra Thomas, Danisha Patel, Marlen Arellano and Jovana Dimas became key additions to propel the company forward as it continued to gain traction within the private lending industry, eventually originating more than $280 million of real estate secured loans.

Corley, a BMC principal, added, “We have many repeat borrowers because they know our team can add value to a transaction. In addition to getting loans closed quickly, our process can reveal potential obstacles to success as well as solutions to common issues faced by both beginning and experienced real estate entrepreneurs.”

According to Sanchez, one of BMC’s principals, “A large part of our success results from the integrity of our people and the confidence of both borrowers and investors that we strive to do the right thing in all situations.”

BMC is confident in the future of the private lending industry and its combination of safety of principal and current income returns. They have a highly skilled staff that is adaptive to change and that continues to meet the needs of the real estate entrepreneurs that they serve. As the real estate market continues to evolve, so too will BMC.

In looking back on the last ten years, Lontos said “We formed Bay Mountain Capital at the start of the last recession with the goal of providing capital to a real estate market that was undergoing significant distress amid a lack of bank financing. We have seen significant change over the last decade and it is exciting to see once downtrodden markets enjoying so much health today. We are proud that our capital has been used in almost 2000 transactions to benefit investors as well as to improve assets and the communities in which they are located.”

Bay Mountain Capital has been in business for more than a decade, closing over 2,250 loans. We specialize in financing all types of residential and commercial property investments throughout Texas, Tennessee, Oklahoma, and Georgia. Using a common sense and value-added approach, we strive to incorporate these principles into our underwriting and closing processes.

As a direct lender, Bay Mountain Capital can close a loan within one day after receiving a complete file and clear title. The process generally takes two weeks for a residential loan, but can we can accelerate this where circumstances require it.

We are primarily an asset-based lender, which means that qualification requirements are limited. Our rates, fees, and terms are among the most competitive in the industry.

Have you had a great experience with us already? Drop us a review and tell us about your experience.